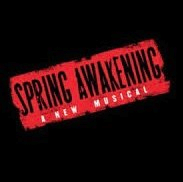 Set in 1890s Germany, “Spring Awakening” tells stories of sexual awakening, youth revolt and self-discovery. It is based on an 1891 play by Frank Wedekind, with book and lyrics by Steven Sater and music by Duncan Sheik.

According to sophomore theater major Jordan Molitor, who plays Ernst, the show is about German teenagers at the turn of the century, and what happens when adults do not let them become knowledgeable.

Ernst experiences an awakening with another boy, Molitor said.

“It’s always interesting to see the audience response,” Molitor said, referring to “the themes brought up in this show and the dark places they can take the audience.”

“She is a 15-year-old girl who has been kicked out of her home and ostracized by the community after speaking out about her father sexually abusing her,” Mullins said.

Given the musical’s sensitive, potentially traumatic material, cast members did intimate trust-building activities together before they began digging into the show, Mullins said.

“When it’s broken down in such a clinical way, there’s no way to get swept off into this moment,” Mullins said. “I try to remember who I’m doing this for.”

Audience response to the show has been positive, Mullins said. “In the coming of the second weekend, I am very excited to see what the audience takes from it.”

Remaining “Spring Awakening” performances are Oct. 5 and 6 in A.A Fredricks Auditorium at 7:30 p.m. and Oct. 7 at 2 p.m. Viewers should know that it incorporates flashing lights, haze and fog, and mature and foul language, as well as sexual content and themes of suicide, abortion and rape.

This is the last weekend to see Spring Awakening at Northwestern State University. To make reservations for seating please email Lucasw@nsula.edu.

Since the audience is sitting on stage with the audience there is limited seating so please make a reservation and be respectful.